Of Christopher Nolan’s The Dark Knight Rises, director David Cronenberg (The Fly, Videodrome, Scanners, Crash) said, “I don’t think they are making them [comic book movies] an elevated art form.  I think it’s still Batman running around in a stupid cape.”  He went on to claim that, “A superhero movie, by definition, you know, it’s a comic book.  It’s for kids.  It’s adolescent in its core.”  Before rebutting these assertions, I want to take a step back and try to glean what it is that Cronenberg actually meant, since these are verbal quotes and people are not always as accurate verbally as they would be otherwise (if they were leisurely writing their opinions, for example).  So — Cronenberg’s argument, on the face of things, seems to be:

Conclusion: A comic book movie, and by extension, a superhero movie, cannot be elevated art (2,4,5)

Now, it seems ridiculous to say that all, or even most, comic books and, thus, all (or most) movies based on comic books are adolescent.  Firstly, to say that comic books are inherently adolescent in their core is to make a generalization that is nearly indefensible.  What is it about comic books that could render them intrinsically immature?  The fact that we have pictures and words combining to tell a story?  Along these lines, one might charge that comic books are for people too lazy or dumb or unsophisticated to read novels.  But using logic similar to this, one could say that movies are for people too lazy or dumb or unsophisticated to read novels.  As rational people, I assume we’re willing to easily grant that the latter claim is preposterous.  Movies and novels are two distinct forms of art, each of which is able to explore people, places, and ideas in ways the other is incapable of (or at least less adept at).  We can say that movies and novels are both capable of being elevated art because they can explore their subject matter in unique ways with the appropriate seriousness.  So, why can’t we say the same of comics?

There’s no plausible reason that comes to my mind which can justify segregating and looking down on an entire medium.  (In fact, for what it’s worth, Art Spiegelman’s Maus won a Pulitzer.)  Perhaps we write off the art form itself because of the subject matter prevalent in the medium (in the U.S., anyway)?  The chain of reasoning would go something like this: If superhero subject matter is adolescent, and comics are generally superhero based, then comics are generally (that is, in practice, if not in theory) adolescent.  This seems to be the more charitable interpretation of Cronenberg’s sentiments, so I’ll lay it out in standard argument form so that we can easily and unambiguously interpret it:

This is a prejudice that many “mature” adults unquestioningly adopt: superhero books and movies are adolescent wish fulfillment stories that kids ultimately ought to grow out of; and if adults spend their time enjoying this schlock, it ought to be in full awareness of the fact that they’re turning their brains off and engaging in a little bit of thoughtless, immature fun.  (A personal anecdote: last year, I attended a screening of Captain America: The First Avenger with a group which happened to include a psychologist.  After we exited the theater, we exchanged thoughts about the movie and the psychologist said, “It was OK, entertaining.”  And with a shrug, “But you know, it’s a comic book movie.  It’s wish fulfillment.”  Now I in fact think that Captain America was a mindless movie; so that, I don’t dispute.  But I do dispute the idea that little should be expected from superhero movies, generally, because they’re merely childish power fantasies.)  I call this attitude a prejudice because that is what it is.  Regardless of how (superhero) comics might have started (which was indeed as adolescent wish fulfillment; see Gerard Jones’ Men of Tomorrow for an excellent history of the origins and development of the comics medium), they have evolved into a form of art which is capable of expressing, and seriously engaging with, mature intellectual themes and issues.  Their fantastic subject matter does not detract from their legitimacy any more than being fantastic detracts from Spielberg’s E.T., Fleming’s The Wizard of Oz, or Capra’s It’s a Wonderful Life.  (And the list goes on.)

In his book The Myth of Eternal Return, Professor Mircea Eliade recounted the story of a Romanian folklorist who traveled to a village to record and investigate a legendary ballad:

Its subject was a tragedy of love: the young suitor had been bewitched by a mountain fairy, and a few days before he was to be married, the fairy, driven by jealousy, had flung him from a cliff.  The next day, shepards found his body and, caught in a tree, his hat.  They carried the body back to the village and his fiancée came to meet him; upon seeing her lover dead, she poured out a funeral lament, full of mythological allusions, a liturgical text of rustic beauty (44-5).

The folklorist found that the heroine of the story was still alive.  And he found that, in fact, the core of this story was true: a betrothed man did fall from a cliff.  But he did not die instantly.  Rather, “his cries had been heard by the mountaineers; he had been carried to the village, where he died soon after” (45); and during the funeral there had been no mention of a fairy.  Eliade says, “Thus, despite the presence of the principal witness, a few years had sufficed to strip the event of all historical authenticity, to transform it into a legendary tale: the jealous fairy, the murder of the young man, the discovery of the dead body, the lament, rich in mythological themes, chanted by the fiancée…[The story] had an occult meaning that could only be revealed by its identification with the category of myth” (45).  The idea here, generally speaking, is that myths are natural expressions of man’s resistance to death and the unending novelty of existence; the myths also “preserve and transmit the paradigms, the exemplary models, for all the responsible activities in which men engage” (xxviii).  Myths serve an essential existential function, sometimes therapeutic, other times prescriptive, and still others, descriptive.  Whether they’re helping us cope with the darkness of existence, endorsing heroic qualities and spurring us on to be as heroic in our own lives, or simply examining what it is to be human under extraordinary circumstances, myths are doing something much more than being adolescent entertainment.  And superhero comics, at their best, are modern myths.

What happens when a young boy witnesses the death of his parents at the hands of a thug in an alley?  In the real world?  He goes to the next of kin and maybe the thug gets caught, maybe not; but life goes on.  In a mythological world, the boy, shaped by his terrible experience, has the resources to make a change in the world.  What does he do?  In Batman Begins, we find ruminations on the power legends have and a debate between the efficacy of a symbol versus the concrete efforts of a man — is a symbol more incorruptible than a man?  Is providing inspiration more valuable than, for example, using one’s time to serve in a soup kitchen or using one’s money to bolster a community?  In The Dark Knight, we find a striking amount of engagement with both contemporary and timeless issues: China refuses to extradite a money launderer back to the U.S.A.; so Batman breaches China’s border, kidnaps the crook, and brings him back to the States for prosecution.  Is Batman a G.W. Bush surrogate here, invading China and violating their sovereignty the way Bush invaded Afghanistan and Iraq?  (For what it’s worth, I would argue no, since Batman is a vigilante who, by definition, breaks American laws; and his invasion of a foreign country is as an individual not a country — so really this is just an extension of Batman’s general lawlessness.)

We find more of these allegories in The Dark Knight; for example: Batman uses his sonar technology (over the moral objections of Lucius Fox) to commandeer citizens’ phones for the purpose of listening in to zero in on the Joker’s location.  This is obviously a commentary on the Patriot Act.  In the movie, this technology is wielded by a moral man once and then destroyed; the severity of the situation seemed to justify it.  Is Nolan making a commentary on the (temporary) validity of the Patriot Act?  Is “the ends justify the means” an acceptable philosophy?  Does the answer depend on whether we’re considering an individual or a state?  Are utilitarian or teleological based ethics ever acceptable?

And of course we have Nolan’s Joker as chaos incarnate (not quite anarchy incarnate since the Joker clearly has a point to make and goals in mind, contrary to his assertions).  Are we hungry dogs who will devour each other at the first sign of trouble as the Joker claims?  Are we all corruptible?  This conversation could go on for some time; but I think that it should be apparent by now that this movie deals with some serious and thought-provoking issues and themes despite the presence of “Batman running around in a stupid cape.”  This is not to say that there’s not an element of wish-fulfillment in these movies, but it’s close-minded and irresponsible to write them off as adolescent without acknowledging their complexities and then explaining how such multi-faceted works are childish.

And with regards to superhero comics themselves, well, time is running short, so I’ll just draw your attention to the following works: 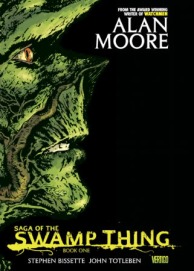 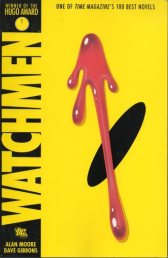 Rather than continue indefinitely here by arguing the legitimacy of these books, and of superhero comics in general, for now, I’ll say only that these books are exemplars which exhibit all the complexity of the movies I discussed above.  But take a look for yourself, won’t you?

And watch out, lest you fall down the rabbit hole…